My Philosophy for a Happy Life 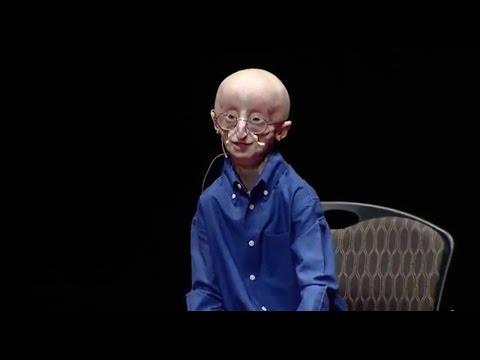 Never miss a talk! SUBSCRIBE to the TEDx channel: http://bit.ly/1FAg8hB

Just before his passing on January 10, 2014, Sam Berns was a Junior at Foxboro High School in Foxboro, Massachusetts, where he achieved highest honors and was a percussion section leader in the high school marching band. He also achieved the rank of Eagle Scout in the Boy Scouts of America. Sam was diagnosed with Progeria, a rare, rapid aging disease, at the age of 2. He is featured in the Emmy award-winning documentary Life According to Sam, which premiered on HBO on October 21, 2013, 2 days before his 17th birthday.

In the spirit of ideas worth spreading, TEDx is a program of local, self-organized events that bring people together to share a TED-like experience. At a TEDx event, TEDTalks video and live speakers combine to spark deep discussion and connection in a small group. These local, self-organized events are branded TEDx, where x = independently organized TED event. The TED Conference provides general guidance for the TEDx program, but individual TEDx events are self-organized.* (*Subject to certain rules and regulations)